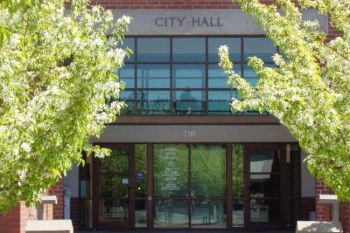 BEND, OR -- More than a dozen people testified during this week’s Bend City Council hearing on a new unsanctioned camping code; many concerned rules would not be enforced.

City Manager Eric King says the new code sets time, place and manner guidelines, “Time, for example, there’s a 24-hour time limit allowed for folks that are camping on the right of way or city property. Manner; some things that are part of that are you can’t have more than a 12x12 space. And then in terms of place; there’s no camping allowed in residential areas, no camping allowed in what’s called our Water Overlay Zones - so anywhere near the Deschutes River,” but King admits the timeline is longer, in reality, “There’s a 24-hour time limit, but the state of Oregon also has some laws around camps and restrictions, and things, and there has to be a 72-hour notice for removal. So, if someone has been camping for 24 hours, they would get notified that they need to remove their campsite within the 72 hours.”

Council voted 4 to 3 to approve the first reading of the code, King expects final approval to come at their next meeting, “It doesn’t go into effect until March 1st, to give us some time to put some administrative policies in place. Essentially what it’s going to do is really create more certainty for folks. It does give folks, if they don’t have anywhere else to go, to get the rest that they need. But it does really restrict those large encampments.”

A separate resolution outlining the city’s intent to provide support for the unhoused sheltering in rights of way received unanimous approval.