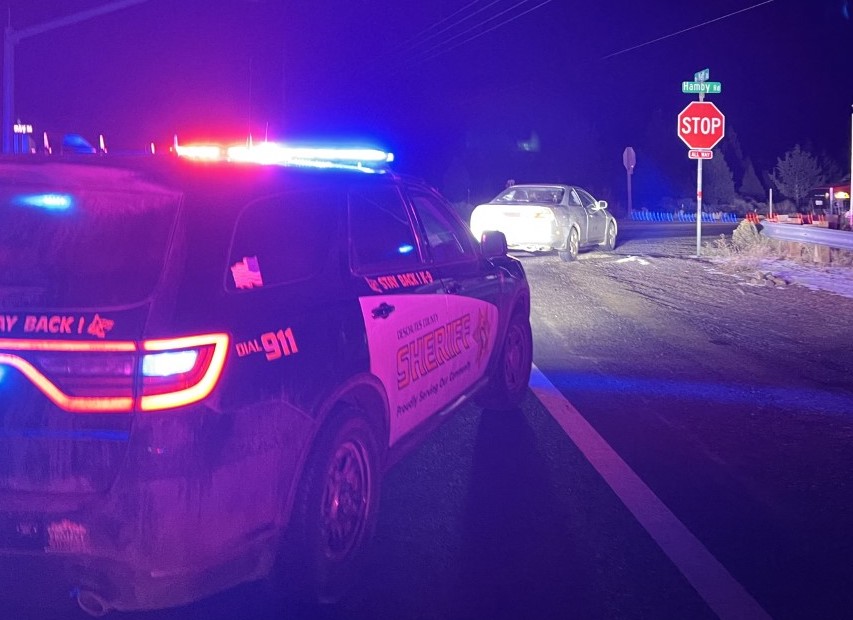 BEND, OR -- A 50-year-old Bend man says he was assaulted by teens at Pine Nursery Park Thursday evening. Deschutes County deputies responded at about 7:45 p.m. to a report of a possible robbery. Initial reports indicated the victim was assaulted by someone who attempted to take his money.

The victim advised Deschutes County 911 three to four assailants left in two separate vehicles travelling east on Yeoman Road. Deputies responded to the area and contacted the victim while other responding deputies attempted to locate the suspects' vehicles.

Investigators say they later determined the victim was dropping a family member off at Pine Nursery Park, and witnessed multiple vehicles driving in a dangerous manner, spinning their tires causing the vehicles to move in a circular motion, commonly referred to as “cookies” or “donuts”.

The victim was approached by a male who threatened violence and provoked the victim to fight. When the victim refused to engage, he began assaulting him. The victim was restrained by a second person and tried to defend himself with a leatherman style tool; he was eventually able to break free. The victim received non-life-threatening injuries as a result of the assault.

Deputies eventually located one of the suspect vehicles and initiated a high-risk traffic stop at the corner of Hamby Road and Neff Road. A 15-year-old suspect was taken into custody without incident, and transported to the Deschutes County Resource Center, charged with third degree assault. The second suspect, another 15-year-old male, was not located and is being sought by the Deschutes County Sheriff’s Office for questioning.

The investigation is on-going, and updates will be released when available.