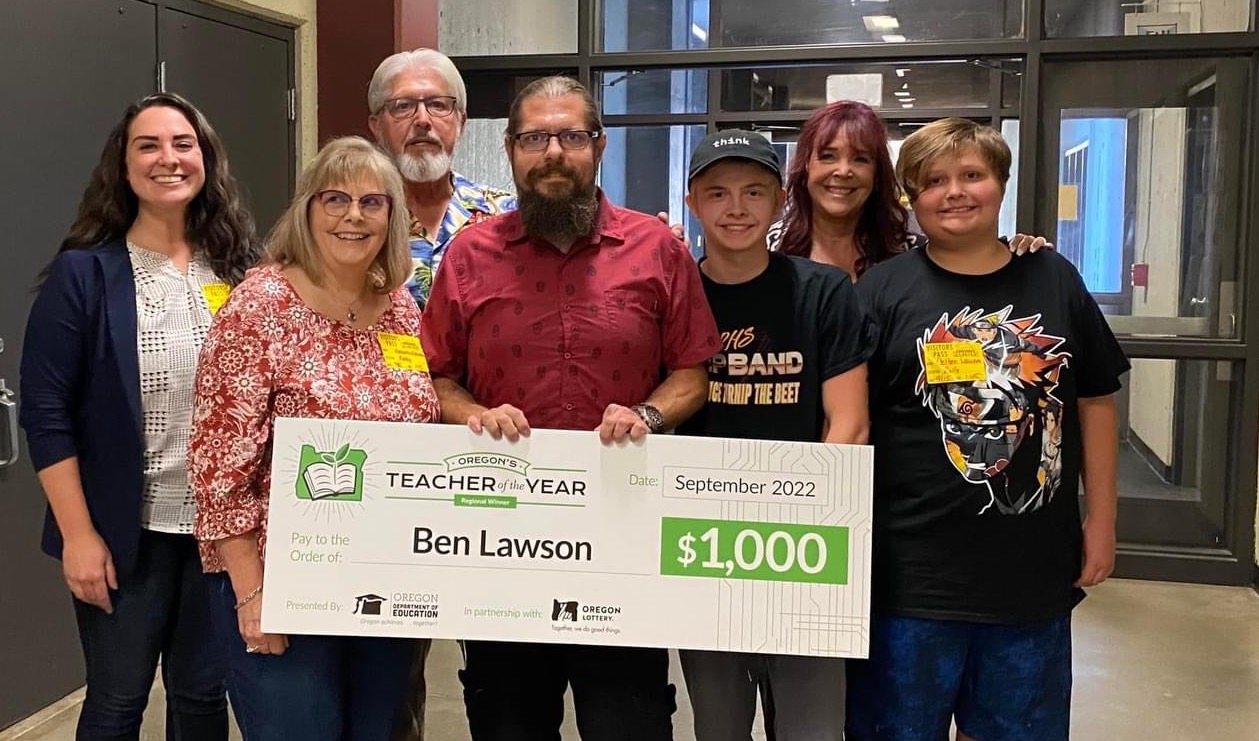 REDMOND, OR -- Two local educators are in the running for Oregon Teacher of the Year. Redmond High School music teacher Ben Lawson and Derek Burbank, an Ag Sciences and Technology teacher at Culver High School, each receive a $1,000 award from the Oregon Lottery for being selected as regional winners.

RHS Principal Audrey Haugan says Lawson deserves the recognition for consistently going above and beyond, "During COVID, he kept reinventing himself in terms of how to connect with kids. Because, when you’re online and you’re choir or you’re band, trying to get kids to do things online was pretty challenging. And he did all different things to try to get his kids to get their cameras on and to sing and to practice." She tells KBND News, "He made his garage into like a studio so he could just be outside and be with his kids and do as much as he could to get his kids to be engaged."

Just before the pandemic, "He raised $55,000 to get brand new uniforms for his band, and pretty much did that on his own and made that work. So, he’s beautiful uniforms for the kids and just really did a really nice job with that."

She says it’s well-deserved recognition for the school, too, "It shows what a great teacher is but also, how he does such a great job for our kids. So, it lets us know that we have teachers like him who just go above, beyond what most teachers do all the time."

The state Teacher of the Year will be chosen from the 16 regional winners, including Lawson and Burbank. That winner will be announced later this fall.