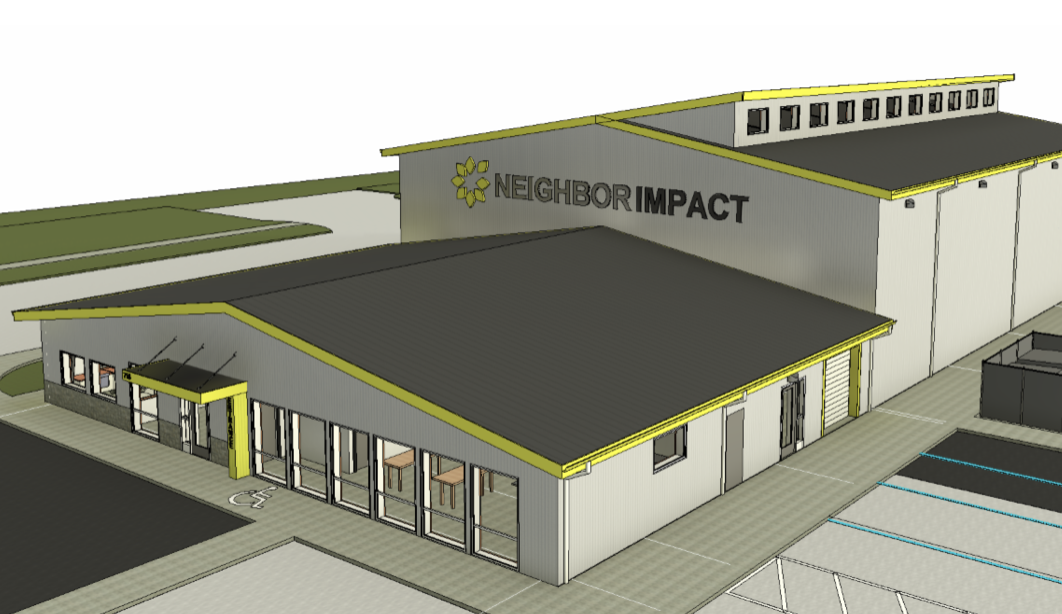 Food Program Director Carly Sanders tells KBND News the current warehouse was built in 1990 when they served around 28,000 people a year. Now, that number is closer to 60,000. "Our service area is about the size of New Jersey - three counties and the Confederated Tribes of Warm Springs. With the growth of Central Oregon, cutbacks in safety net programs, pandemics, we have just seen a huge increase in the demand for food." Before COVID pushed the need even higher, NeighborImpact distributed more food than any other food bank in the state’s food bank network.

Sanders says the 30-year-old facility was built for mostly shelf-stable and canned food. But, the type of products distributed by food banks has changed in the past decade, "About 50% of the food we bring in and distribute out is fresh and produce and perishable foods. And our cooler is like 300 square feet - really tiny. For us, in order to meet the growing demand, our warehouse is just very inadequate in size."

She believes, at nearly four times the size, the new warehouse will accommodate 173,000 more pounds of food at any given time, and will allow the nonprofit to expand services and bring in more partners, "We have some organizations that want to do houseless population outreach and expand mobile pantry. So, right now, it’s the same amount of food with more people coming. So, our hope is greater variety, more food food for folks."
NeighborImpact still needs to raise $225,000 to pay for the $5 million project. Friday morning's groundbreaking is ceremonial; construction will begin this summer, and Sanders hopes the new warehouse will be operational by June of next year.