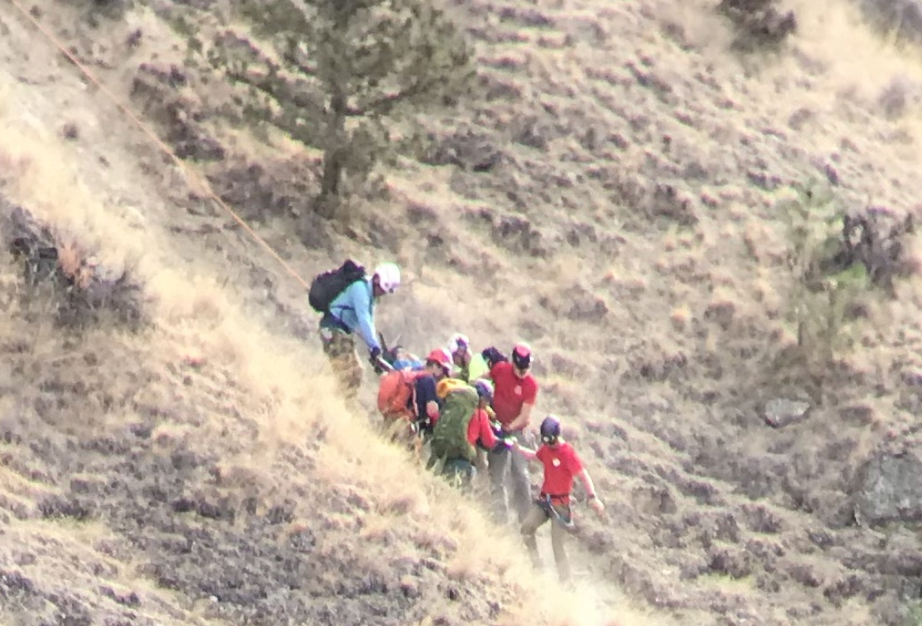 TERREBONNE, OR -- Saturday morning, 911 Dispatch received a call regarding an injured hiker who reportedly had fallen approximately 35-50 feet on an unimproved route southwest of Asterick's Pass. The injured hiker was scrambling up a rock outcropping to set up a slack line. During the fall, the 21-year-old Seattle man sustained injuries that prevented him from making it down to the river trail.

The hiker was safely brought down with the assistance of the MRU Teams and was transferred to an ambulance at approximately 3:30 p.m. and was transported to St Charles for further medical evaluation.